With a goal of safer biomechanics, Kinetic’s Reflex, smart wearable technology, is shining a bright light on a root cause of workplace back injuries. HR  Associates attended an Ohio Safety Congress session of CEO and Co-founder of Kinetic, Dr. Haytham Elhawary, where he introduced his company’s Reflex monitor. The Reflex automatically detects high-risk postures and alerts workers to these motions so they are able to make an adjustment to their biomechanical movements while performing a task. With continued use, workers are able to enhance personal safety by improving their posture which, in turn, will lead to fewer injuries in the future.

The Reflex is a discreet wearable device, similar to a pager. Elhawary said they decided a GPS-style device would seem like Big-Brother is watching so his device just streams data to a dashboard on a manager’s computer. A Reflex 5-week Pilot program within a Texas distribution company resulted in an 84% reduction in “unsafe postures” by the workforce. The most improved associate went from 320 “unsafe postures” per day, down to just 12, a 96% improvement. The Reflex keeps workplace safety at the forefront of everyone’s mind throughout the day.

Wearable Biomechanics Tech encourages employees to set goals and try to beat them. Dr. Elhawary said companies should reward their workforce when they wear the device, not when they meet goals. By doing this, employees will not be rewarded for trying to circumvent the program.

By quantifying key metrics for various jobs within a facility, management can improve upon the processes of jobs that lend themselves to more back injuries. Building a better mouse trap can improve the safety and well-being of the workforce and enhance the company’s bottom line.

Dr. Elhawary was born in England but his family moved to Spain when he was 13. Dr. Elhawary received his Mechanical Engineering degree from the University of Navarra, on the coast of Northern Spain and his Ph.D. in Biomedical Engineering from the Imperial College of London. His impressive credentials include MBA auditing at the Harvard Business School and MIT.

According to “TheGoodBody.com”, back injuries account for one in every five injuries and illnesses in the workplace. Manual materials handling tasks account for 80% of the total back injuries. The article also stated that up to one third of back injuries could be prevented through a better designed job workspace. 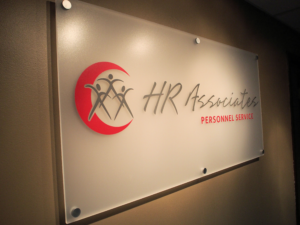